When I found out that Jo Malone had just opened a store at John Lewis in Southampton, I was absolutely thrilled, although my bank balance won't be - and of course I was very quick to accept an invitation to a relaxing hand and arm treatment, accompanied with some bubbly and nibbles to celebrate the opening. I'm definitely one of Jo Malone's biggest fans and was really looking forward to getting something new from their gorgeous line up of scents, ranging from the light and fruity to the aromatic and woody, and the intense and dramatic. 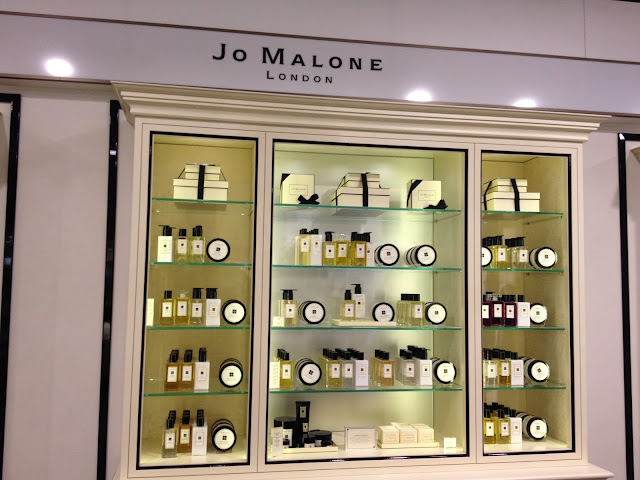 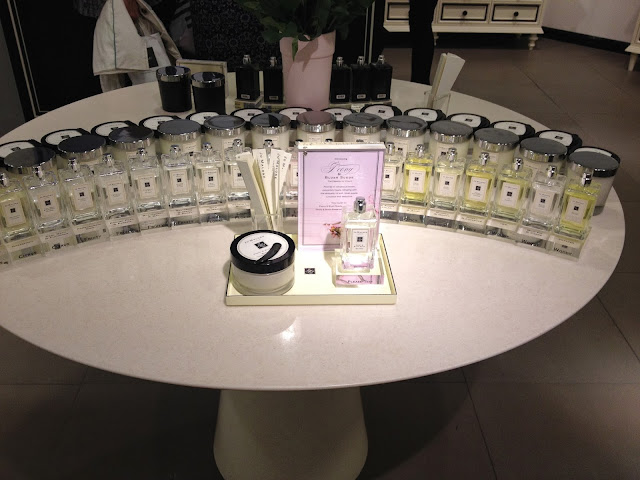 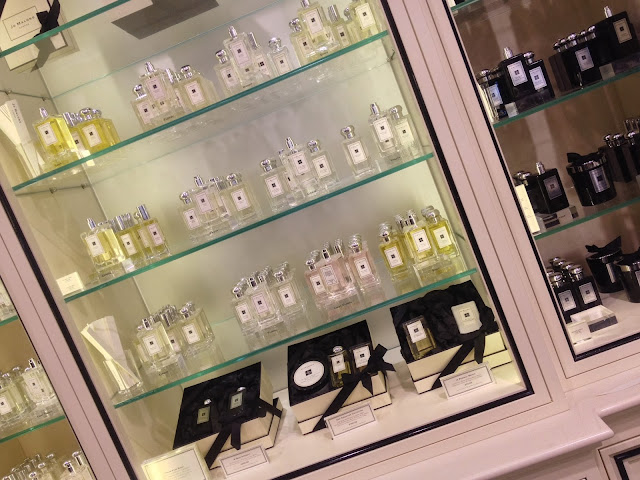 One of the main concepts of Jo Malone is that you can tailor the scents especially to you, by layering them - combining perhaps with other colognes or other products like shower gels and body lotions, to create your personal scent. In my case we decided that we would experiment with layering different scents using a bath oil, a luscious rich and deeply moisturising body crème and finally a cologne. This sounds pretty straight forward, but the intriguing twist to this is that I wouldn't know which scents we were using - it would be a blind test. We had a discussion about what type of scents I like in general, and then four different unnamed scents were chosen. I tested them separately, in combination with each other and we identified likes and dislikes.

The interesting thing was that I couldn't recognise some of the scents that I had already picked out as possible buys that day, and in some cases all of a sudden a scent wasn't as appealing to me as it had been before. 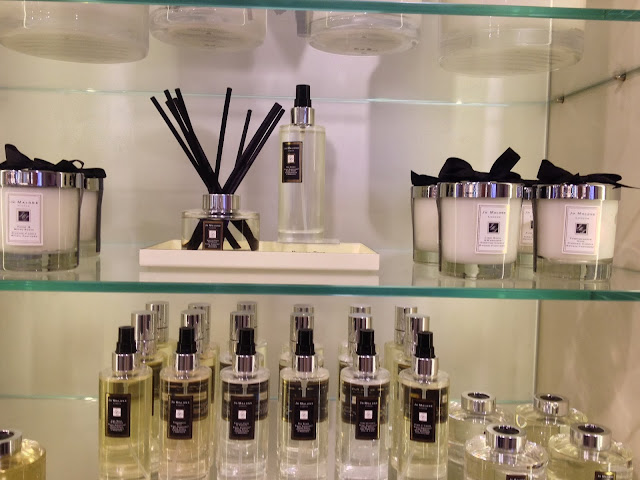 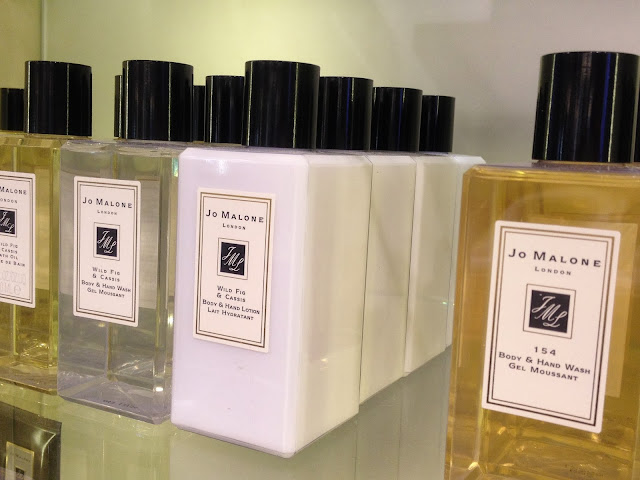 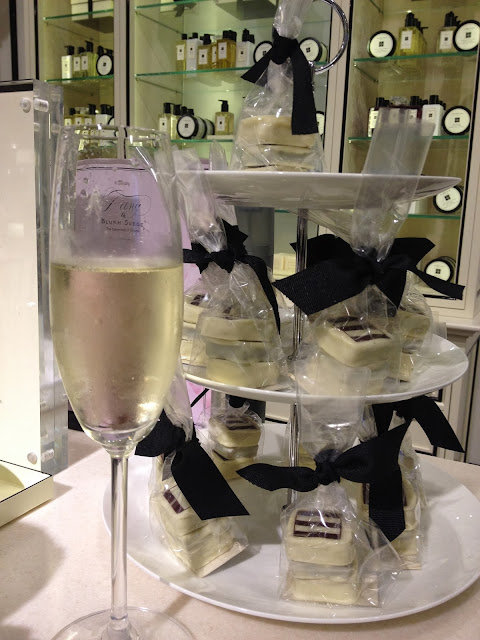 This little experiment made me realise that it's not just what we actually smell that decides whether we like a scent or not, but it's also what else we know about it. E.g. if you like rose, and you have been told or know that a scent has an element of rose in it, or it might be called Red Roses or the bottle might even be in the shape of a rose, then you may have already subconsciously decided that you like the scent. But if you did a blind test with nothing else to guide you than your nose - no name of the scent, no bottle and no description, you might very well come to a different conclusion. It's fascinating when you think about it!

At the end of the afternoon I might have accidentally bought a little something with me home. So, what did I end up with after a lot of testing and consideration? - well a combination I had not expected at all... 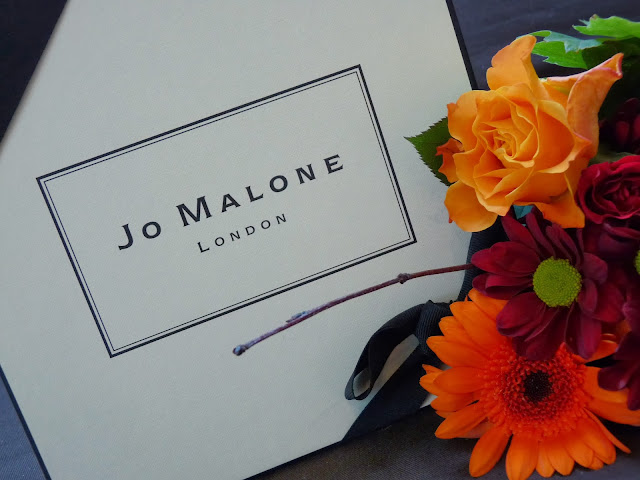 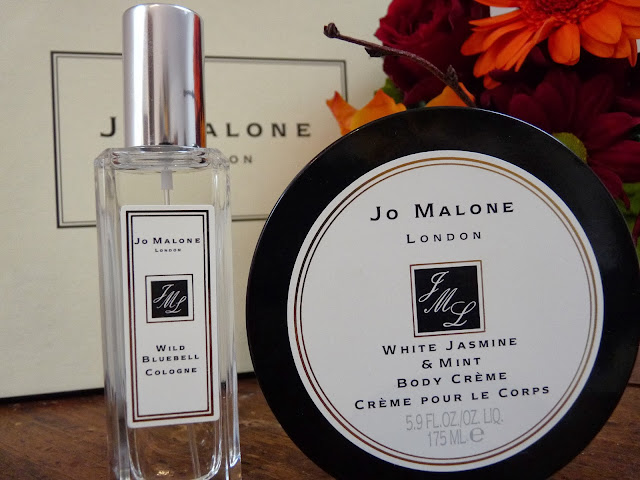 The bespoke combination I eventually chose was the Wild Bluebell Cologne and the White Jasmin & Mint Body Crème. As you massage in the luxurious body crème you of course pick up on the delicate, soft and feminine floral scent of the jasmine, but it's not as dominant as it can sometimes be and instead it's surprisingly fresh and light because of the exhilerating, icy cool mint. The bluebell cologne is very subtle and personally I detect more of the sweet lily of the valley and the crisp sweet but zingy persimmon than the bluebell. I had tried the bluebell cologne previously, but it had never really whispered: "I'm perfect for you - buy me", until now. In combination - the graceful jasmin, herbal mint, zesty persimmon and faint bluebell create an elegant, timeless and crisp scent. I'm so pleased with this fusion which I think could be my very own signature scent for a long time to come, and I can't stop smelling myself...

A big thank you to Jo Malone and especially the wonderful Holly for making a very rainy afternoon, an exceptionally lovely one! If you don't have any plans for the weekend, or you're looking for something fun to do with your friends - book yourself into the closest Jo Malone for a nice treatment and some perfume testing, and if you walk out of there with a bag filled with goodies - you can always blame me!

As you know I have run an international Barry M Giveaway for the past nine days to celebrate that I had reached 200 followers on both GFC and Bloglovin'. It was an amazing turnout with so many entries and I want to thank everyone who entered and sent me your details. The amount of support I have received from everyone is just fantastic and I appreciate it so very much. I'm very happy to announce that the winner is Judy Thomas. Congratulations and I hope you'll enjoy the products!
Posted by Unknown at 08:16