If there's one makeup product that I rely on, it's mascara. While I'm lucky enough to have fairly long lashes they are as blonde as blonde can be and without color on them I'm not really to my advantage. So I've tried an awful lot of different mascaras, and there's few of them that completely sweep me off my feet with their increasingly strange looking mascara brushes, but in every mascaras defense I am VERY fussy, because I expect it all in one product: length + volume and if I can get flared, fanned out lashes with it too, its definitely a plus. By now I have a list of mascaras that I know give me all of those things, but still I keep trying new ones, because who knows - there might be an even better one out there. The most recent mascara to catch my eye is Maybelline's Illegal Length Fibre Extensions Mascara (£8.99) which promises to break every lash length law with its fibre formula. It comes in two varieties - black and waterproof black, and I decided to try the black one, but does it actually work, or have I fallen victim of a marketing crime? Let's put it on trial and see what the evidence tells us. 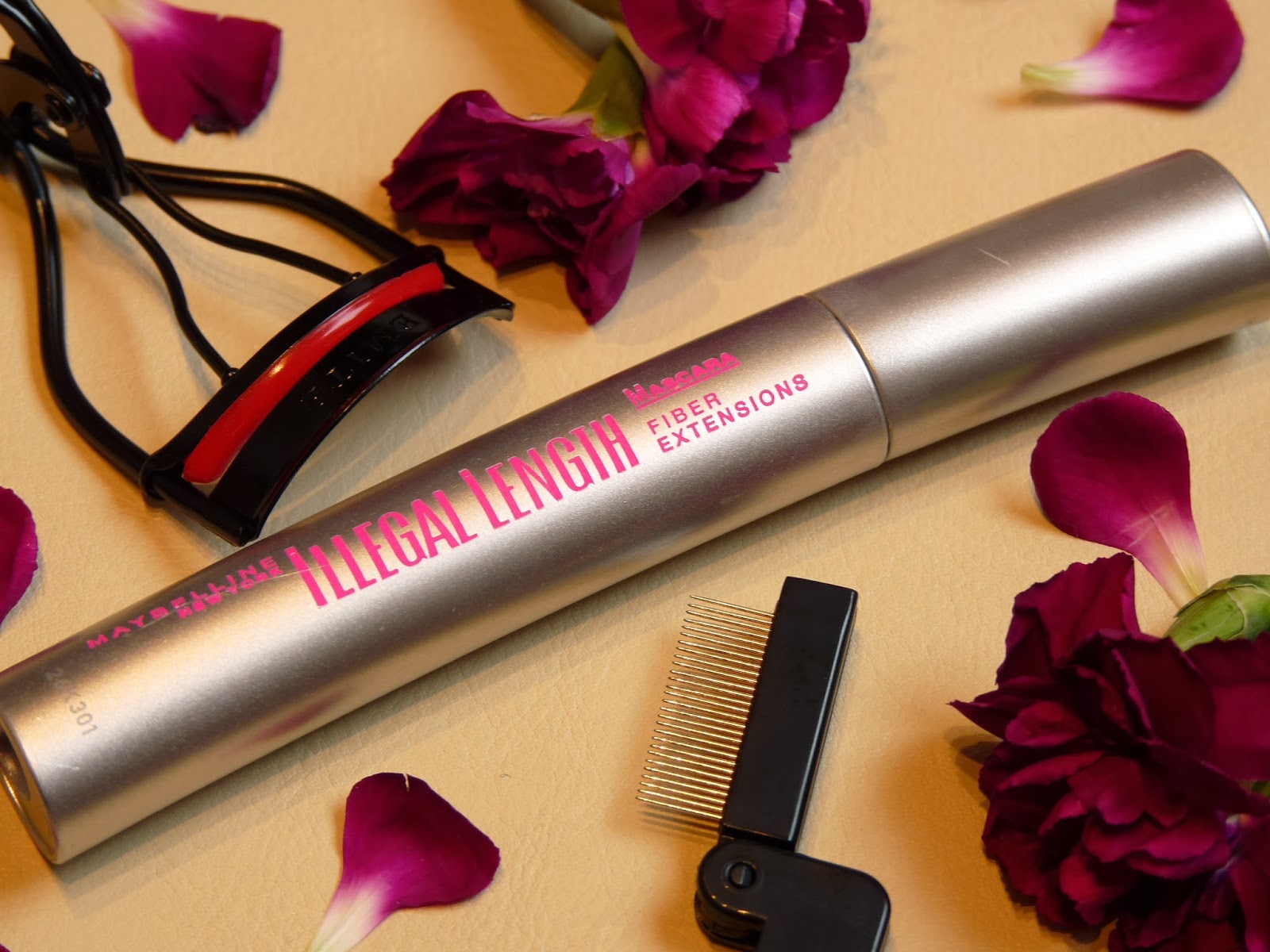 Exhibit A: The mascara comes in a stylish and sleek packaging which always helps to make a good and credible first impression when you're on trial and in this case it's also very functional and handy since it doesn't take too much space in your makeup bag.

Exhibit B: It's a well known inconvenience that a lot of mascaras start of being very wet, and don't really come into their own until a few weeks later when they've dried up. This is not the case with this one, instead it already from the start has a good consistency which makes it easy to get just the right amount of product on the brush, without smudging or flaking. I really like the consistency, however since I'm of a suspicious mind when it comes to mascaras, it does make me wonder if the mascara will be hopelessly dry to use after another months use or so. Time will tell, and innocent until proven guilty.

Exhibit C: The formula contains fibers that are up to 4 mm long that are supposed to extend the lashes as you apply a few coats of the mascara, and there's also a sealing element that makes sure that the fibres stick to the lashes. To help with the placing of the fibres on each lash, the long and narrow brush has 6 contact points with each lash. It's quite a stiff wand and brush, which is good for helping to shape the lashes and to comb them through to avoid spider legs. Maybelline claims that only a few strokes are necessary to build the length and that you shouldn't let the coats dry in between so that the fibres can latch on to each other. In theory this should add up to 4 mm's length on the lashes, which is quite a claim. The brush is easy to work with, it reaches all the lashes without any smudging, it does a really good job at quickly adding an even coat of color to the lashes, and it separates the lashes beautifully. Unfortunately the mascara doesn't add any dramatic increase in lash length for me and I have other mascara that don't claim the same but that give a much more noticeable lash extending effect. 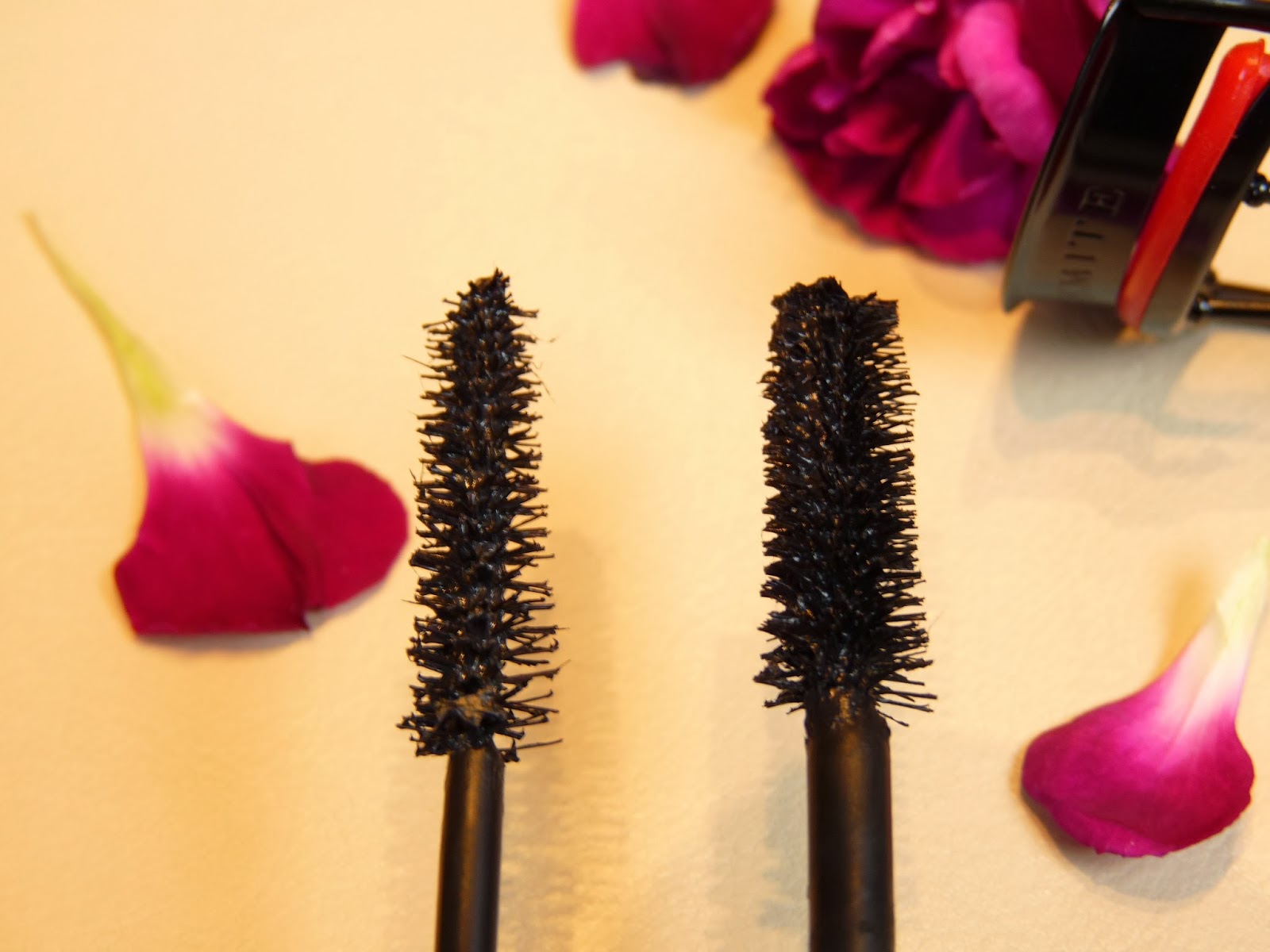 Exhibit D: Even though I didn't go for the waterproof version of the mascara, it wears very well throughout the day and it even resists a good work out without any smudging or fading. This made me think that it would be very difficult to remove since I have tried fibre mascaras before where I've had that issue, but fortunately you can use any eye makeup remover to take Illegal Length off without any tugging and without being heavy handed.

Time for summary: Illegal Length is a nice and long lasting mascara that's easy to work with to shape your and I like to use it for a no makeup look, because of the lovely natural effect, however when it comes to adding illegal length I find it guilty of not delivering. I would have loved to be a lash criminal with long dramatic lashes and I feel a bit robbed of the 4mm extra length that it promises. If you want criminally long lashes, then you might be better off with either Maybelline's Volum' Express Falsies (£7.99) and with that I rest my case - mascara court is adjourned!
Posted by Unknown at 07:00